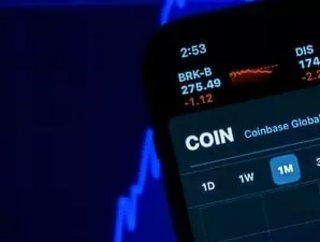 It has just become a whole lot easier and much more profitable to mine for bitcoin. As China cracked down on bitcoin mining, its algorithm has adjusted accordingly to make sure miner productivity doesn’t continue to fall off a cliff.

The adjustment on Saturday morning also means that way more cash is going to the bitcoin miners who remain online.

Mining made easier and more profitable

China has long been the epicenter of bitcoin miners, but a recent government crackdown has banished the country’s crypto miners. More than 50% of the ‘hashrate’ - the collective computing power of miners globally - has dropped off the network since a peak in May. On Saturday the bitcoin code automatically made it about 28% less difficult to mine, an unprecedented drop for the network. This is because the algorithm is programmed to handle any increase or decrease in mining machines.

The combination of fewer competitors and less difficulty means any miner with a machine which is plugged in is going to see a significant increase in profitability and more predictable revenue. According to Whit Gibbs, CEO and founder of Compass, a bitcoin mining service provider, it is expected that miners will be approximately 35% more profitable. And although the drop in difficulty benefits all miners, those using the new generation equipment stand to benefit the most. Blockcap, another leading blockchain company is in agreement with this sentiment.

If China does not reverse their policy, most experts agree that it will take from six to 15 months for all the idle and displaced mining hardware to mitigate, meaning heightened revenue for the rest of the year.

The US appears to be especially well positioned to absorb the hashrate as the country’s mining is booming and has venture capital flowing into it, plus many of them were funded when the price started rising in November 2020. This means they were already building their power capacity when the China ban came in, so the timing for them couldn’t have been better.