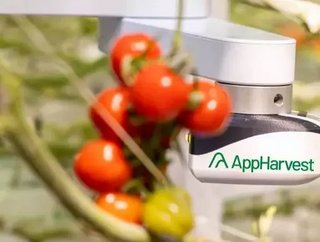 Indoor farming company AppHarvest announced this week that it had acquired Root AI, with the deal valued at around $60 million...

Kentucky based agtech and farming company AppHarvest have purchased artificial intelligence firm Root AI and their robotic universal harvester Virgo for approximately $60 million. AppHarvest is investing about $10 million in cash and the remaining balance in AppHarvest common shares to acquire Root AI.

According to AppHarvest, the ‘game-changing advantage’ of Root AI’s technology is in the data the robots can collect as they harvest.

“Farming as we’ve known it is broken because of the increasing number of variables such as extreme weather, droughts, fire and contamination by animals that make our food system unreliable. Indoor farming solves many of those challenges, and the data gathered can exponentially deliver more insights that help us predict and control crop quality and yield,” said AppHarvest Founder and CEO Jonathan Webb.

How does Virgo work?

Virgo is the world’s first universal harvester, which can be configured to identify and harvest multiple crops of varying sizes, including tomatoes, peppers, cucumbers and more delicate fruits such as strawberries, among others.

The robot uses a set of cameras, combined with an infrared laser, to create a 3D colour scan of an area to determine the work it can carry out. For example, once it maps the tomatoes, it assesses their orientation and determines if they are ripe enough to be picked.

The scan enables the robot to find the least obstructive and fastest route to pick the crop ahead of the robotic arm and gripper’s arrival. The robot can identify hundreds of tomatoes in a fraction of a second without having to connect to the cloud. Virgo keeps score of its success rate like a video game. A built-in feedback mechanism constantly evaluates its efficiency, so it learns how to harvest any given configuration of fruit most effectively.