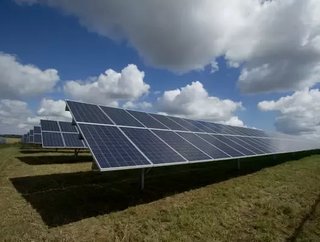 The National Grid Electricity System Operator, or ESO, which moves electricity around the country, has signed a deal with non-profit Open Climate Fix to create an AI-powered software tracking system that matches cloud movements with the exact locations of solar panels.

The grid operator said that the software, which is set to be used in the national control room, could help to forecast cloud movements in minutes and hours instead of days. A spokesperson for ESO said Open Climate Fix’s ‘nowcasting’ technology has the potential to improve solar forecasting accuracy by up to 50%.

National Grid ESO is responsible for maintaining the balance of supply and demand for the U.K. electricity grid down to the second. With fossil fuels and nuclear power this is a challenge, but when it comes to solar and wind power, their unpredictable nature makes the task much more complicated.

To help address this issue, London-headquartered Open Climate Fix says it has trained a machine-learning model to read satellite images and understand how and where clouds are moving in relation to solar panels on the ground.

Carolina Tortora, of ESO, said: “Accurate forecasts for weather-dependent generation like solar and wind are vital for us in operating a low carbon electricity system. The more confidence we have in our forecasts, the less we’ll have to cover for uncertainty by keeping traditional, more controllable fossil fuel plants ticking over”.

Co-founded by former DeepMind employee Jack Kelly in 2018, Open Climate Fix was backed by Google’s philanthropic arm, Google.org, with £500,000 in April. DeepMind had wanted to use its own AI technology to optimize National Grid, however, last March, talks between the two broke down.

Open Climate Fix isn’t the only company that sees the potential for AI in solar forecasting. Australian solar energy provider New Energy Solar said in July 2019 that it is applying AI to solar energy problems. Elsewhere, a team of students won the University of Hawaii’s Breakthrough Innovation Challenge last December for using machine learning to forecast cloud cover for the solar industry.