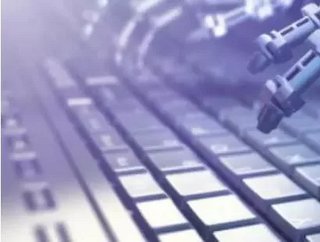 Being the one of the most astounding and complex ‘theory of mind’ creations from humanity, Artificial Intelligence remains largely unexplored, resulting in the opportunity to optimize each AI application that has already been created. Each application not only represents how far we have come, but also how much we have left to develop and explore. Collated from Forbes ’ take on Artificial Intelligence, we outline the main 3 types of AI systems.

In order to separate ‘types’ of Artificial Intelligence, it first must be understood what criteria they are judged against. Seeming that AI is a system used to replicate human behaviours and capabilities, such as to perform tasks in a way to mimic human abilities, this is the criteria in which the types of Artificial Intelligence are placed. Depending on how the specific intelligent machines compare to the equivalent of a human in terms of performance, it can then be placed classified under one or more types of AI. Under such umbrellas, an AI that is able to perform more human-like functions with equivalent levels of cognitive ability, is noted as a more evolved type. With this in mind, working with this system of classification, there are four types of AI-based systems: Reactive Machines, Limited Memory Machines, Theory of Minds and Self-Aware AI.

Standing as one of the oldest forms of AI systems, reactive machines have exceedingly limited capabilities. They are able to form the human mind’s ability to respond to various forms of stimuli, but have no memory-based functionality. Due to this, they are unable to use previously gained experiences to aid in their present actions; not having the ability to ‘learn’. In terms of usefulness, the machines could only be used for giving an automatic response to a select set of inputs. A well known example of a reactive AI machine is IBM’s Deep Blue, a machine created to beat chess Grandmaster, Garry Kasparov in 1997.

The Theory of Mind type of AI is currently still being developed and researched. It is the next level of Artificial Intelligence systems that have been created from researchers, still exploring ways to innovate. The difference between This new form of AI system is the way that the machine will be able to interact. It will be able to discern between and entities needs, beliefs, emotions and thought processes. Although Artificial Emotional Intelligence already has its own holding with the industry, the Theory of Mind branches out so much further. With the demand for understanding human needs, the machines will have the ability to perceive humans as individuals, knowing that their minds can be changed and focused on many areas; essentially, ‘understanding’ a human.

Self-aware AI currently only exists hypothetically. Still under development, it will be an Artificial Intelligence system that has been evolved to the next level; so akin to the human brain that it is able to find its own form of self-awareness. To be able to develop this type of AI, which is still decades - if not centuries away, will always be the ultimate end goal of all AI research. This type of machine will not only be able to interpret the emotions of the individual it is interacting with, but also develop emotions, needs and potentially desires of its own. There are individuals who believe that the development of the self-aware will not have the enlightened results as hoped for. Although there are obvious benefits for civilization with the progression of this type of AI, some consider it as a lead to catastrophe. If AI machines were truly self-aware, they would be able to consider feelings such as self-preservation, which may indirectly or directly affect humanity and the way we live our day-to-day lives.