Google is using AI to design faster and improved processors

Toyota’s Robot and AI-powered ‘City of the Future’

Toyota is building a ‘city of the future’, powered by artificial intelligence (AI) and robots for 2,000 staff and their families...

Usually, people head to Japan’s Mount Fuji, 62 miles outside of Tokyo, to take in the awe-inspiring scenery and capture some iconic shots of the Eastern nation’s highest peak and, arguably, most sacred mountain. But in the years to come, that may well change. Instead, people may flock to the foot of the mountain to visit Toyota’s upcoming 175-acre smart city. The manufacturer announced that construction began this week on the project, currently dubbed “Woven City”, and that, when completed, the site will run on artificial intelligence and futuristic technologies, serving as a “living laboratory”.

The city has been designed to act as a testing ground for Toyota’s future technologies that could be applied to and rolled out across urban environments, including robotics, interconnected smart homes, and artificial intelligence. 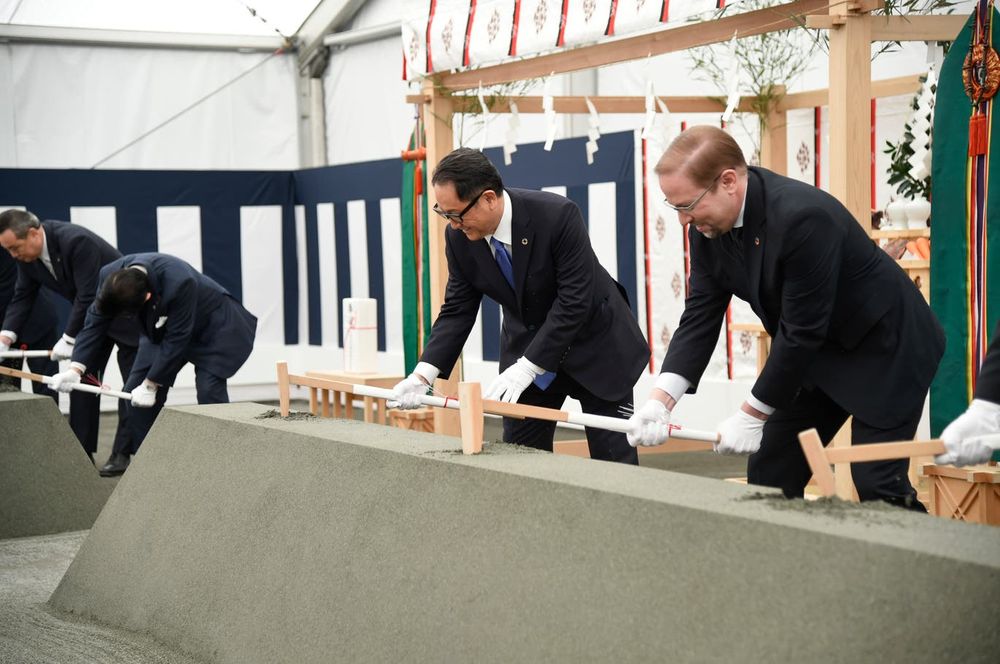 Akio Toyoda, the companies president, broke ground at the site on Tuesday in a ceremonial fashion, alongside local officials of Shizuoka Prefecture, where the new city is located.

Are Self-Driving Cars Ready For Use?

Toyota originally announced its planned ‘smart city’ project back at CES 2020, in January of last year, where they shared that the city will have three types of roads that are all linked at ground level ─ a thoroughfare for pedestrians, one for pedestrians using personal mobility vehicles or devices like e-scooters, and a third one dedicated only to self-driving vehicles. Underneath the city, there’ll be one centralised road for the delivery of goods from the outside world.

All over the world, governments are pushing against lobbyists who persistently petition them to legalise the use of self-driving vehicles due to safety issues and legislation debates around the revolutionary new mode of transport. However, in 2018, Toyota launched its own self-driving vehicle, the e-Palette. The e-Palette is widely billed as the companies vehicle of choice for transportation within their new city, as Toyota previously described them as “customisable and scalable” to suit the needs of their users.

Like a scene from a futuristic sci-fi film, residents of the Woven City will live in smart homes, which will feature a range of integrated robotics systems to assist with daily living, as well as sensor-based artificial intelligence that can monitor people’s health and take care of other basic needs, the company claim.

Initially, Toyota intends to put 360 residents of various demographics, eventually rising to 2,000, and their families into the smarty city. At that point, scientists and inventors will assess the effectiveness of the various technological solutions.

Despite its high-tech plans, Toyota said that “encouraging human connection will be an equally important aspect of this experience”.

“Building a complete city from the ground up, even on a small scale like this, is a unique opportunity to develop future technologies, including a digital operating system for the city’s infrastructure,” Mr Toyoda said in a statement.

“With people, buildings, and vehicles all connected and communicating with each other through data and sensors, we will be able to test connected AI technology… in both the virtual and the physical realms … maximising its potential,” he said.

Find out more
Take a look

Google is using AI to design faster and improved processors

Google Cloud has launched Visual Inspection AI, a new tool to help manufacturers identify defects in products before they're shipped.

Poor production quality control often leads to significant operational and financial costs. The American Society for Quality estimates that for many organisations this cost of quality is as high as 15-20% of annual sales revenue, or billions of dollars annually for larger manufacturers. Google Cloud’s new Visual Inspection AI solution has been purpose-built for the industry to solve this problem at production scale.

How does it work?

Google built Visual Inspection AI to meet the needs of quality, test, manufacturing, and process engineers who are experts in their domain, but not in AI.

Kyocera Communications Systems, a manufacturer of mobile phones for wireless service providers, has been able to scale its AI and ML expertise through the use of the solution. “With the shortage of AI engineers, Visual Inspection AI is an innovative service that can be used by non-AI engineers,” said Masaharu Akieda, Division Manager, Digital Solution Division, KYOCERA Communication Systems. “We have found that we are able to create highly accurate models with as few as 10-20 defective images with Visual Inspection AI. We will continue to strengthen our partnership with Google to develop solutions that will lead our customers' digital transformation projects to success.”

Visual Inspection AI has fully integrated with Google Cloud's portfolio of analytics and ML/AI solutions, giving manufacturers the ability to combine its insights with other data sources. The tool integrates with existing products from Google Cloud partners, including SOTEC, Siemens, GFT, QuantiPhi, Kyocer and Accenture.